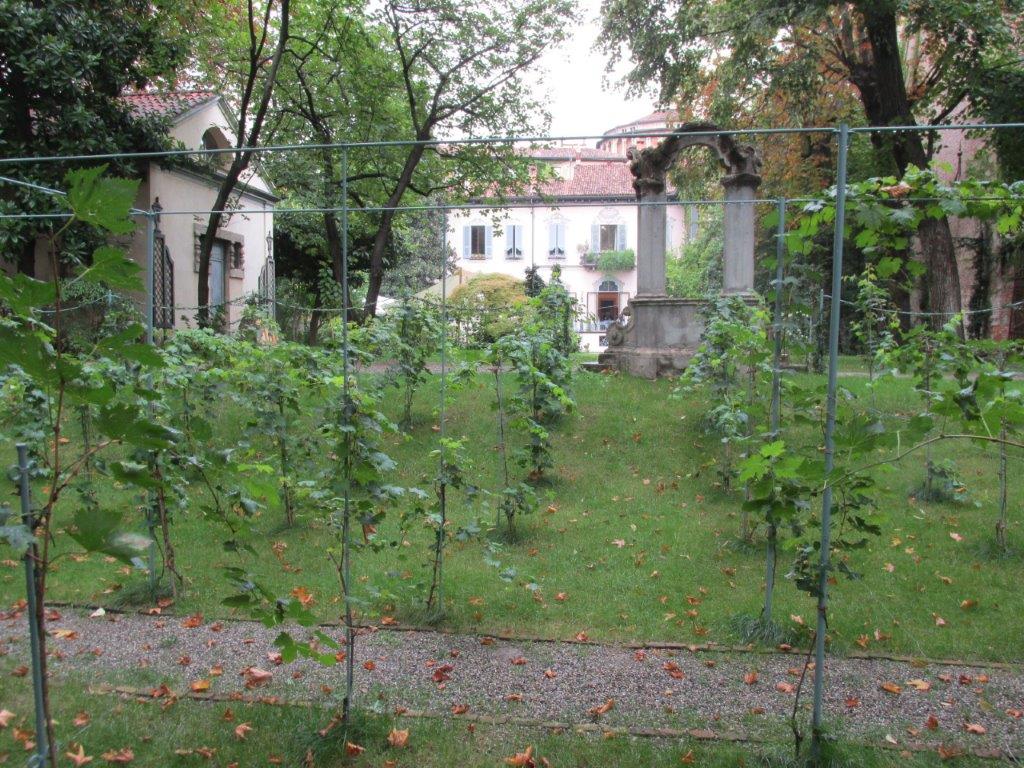 Born and raised in Florence, in 1482 Leonardo Da Vinci moved to Milan to work for the ruling family as an engineer, sculptor, painter and architect.

As a sign of respect and gratitude, he was honored with the bestowal of a big vineyard facing the basilica of Santa Maria delle Grazie. The artist fell in love with the place and took great care of it for as long as he lived. The two adjacent buildings were given to courtier Giacometto della Tela, the trusted squire of the Duke, Ludovico il Moro. Throughout the years, they were passed to his many heirs and new owners, until those of 1919 renewed it to its final aspect and made the house famous as Casa degli Atellani.

In the early 90s, part of Da Vinci’s land was covered by cement. It was later ruined by the bombings of World War II, which also destroyed several sections of Casa degli Atellani.

Thanks to a university science team led by Luca Maroni, the restoration of the damaged site began in 2007. The original location of the vineyard was found, cleaned and analyzed. Core samples of organic matter were extracted and examined by geneticist Serena Imazio. Dry grapevine roots were detected and studied in careful comparison with countless national and international herbaria.

From that moment on, much effort was put into the reproduction of Da Vinci’s authentic vineyard. First of all, the skillful use of the layering propagation technique allowed for the reproduction of seventy Malvasia plants on the Villa Rosa fields in 2013. Two years later, they were transferred to Palazzo degli Atellani’s garden in Milan: the whole world was thus able to see the rebirth of the original, true Malvasia di Candia Aromatica vineyard that was heartily treasured by one of the greatest creative minds of the Italian Renaissance.

Villa Rosa is a small family-run business founded in 1954. The Illari family has been cultivating their vineyards for three generations, combining the efficiency of the most recent techniques with the utmost respect for the Colli Piacentini traditions.